Hi, I was reading the documentation but I didnt find if Mattermost supports websockets to make bots like Slack does. 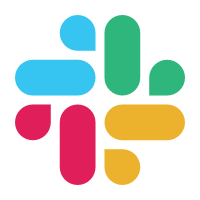 Learn how to build bot users, send notifications, and interact with workspaces using our APIs.

In our company we want to migrate a bot from Slack to Mattermost,

Please help me telling me if the feature is not available or is not documented or I didnt fin this.

Thanks for your help

The Mattermost Web Service API is rather complete as it is used to connect the native clients as well.

It’s still poorly documented so you’ll have to look into the platform source code for the time being.

Thanks for your answer @BlueAnanas. Do you know if I have a bot working with Slack over websockets it will work with mattermost out of the box?

Not yet, incoming and outgoing webhooks are designed to be Slack-compatible, but this hasn’t been applied to their new bot interface.

There are many examples of open source bots created for Mattermost.

A bridge/connector/driver for Slack bots to Mattermost bots would be highly valuable for the community.

I was about to post this as a new gen q and the awesome post-it told me a discussion had already begun!

We would like to migrate to Mattermost, but would like to do so slowly over time in a way that users still on slack can communicate with those who have migrated to mm and new users created in mm after the migration has begun and vice versa.

Ideally this communication would happen with the same latency as users are used to in Slack or close enough that real time chat on this scale remains functional.

After a critical mass of users complete the migration we would cut off the real time sync integration or even better we could let it continue until few or no users remained in Slack.

I’ve begun research on this and have found encouraging resources, but nothing explaining if this is possible and/or how to do it. I can share some things I’ve found already. FYI I work in IT, but am not a developer. I am ready to put it the long hours to try and develop this if pointed in the right direction.

Thank you and I hope you can help!

I can’t find anything suggesting this was worked on. Incoming and outgoing webhooks aren’t going to work for me, our bots are hosted behind a firewall and the RTM API allows for this use case, as specified here: 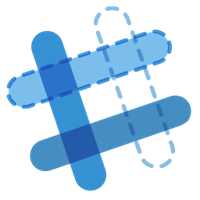 Learn how to build bot users, send notifications, and interact with workspaces using our APIs.

Has anyone heard of this being worked on?

@TheFlyingPig I don’t believe we’ve had any work done on this, but I’ll mention it in our weekly developer meeting today. We have regular conversations about improving the experience for integration developers, and this would go a long way towards helping with that.

Hi @hmhealey, many thanks for that, this is a key factor for us moving to Mattermost, we’d really like to hear that it’s on it’s way.

On another note, if you need something to test it on then there is a lita-slack plugin for the Lita chat bot that is ready to go with slack’s RTM API. I would assume if you wanted to replicate the exact same API calls that Slack has and that are used by this plugin in your first version of the API, then that would be a very good start. Any Lita-Mattermost plugin that pops up as a result of this testing would be wonderful too ;).

I’ve added the following suggestion on the feature proposal forum:

The RTM API allows integrations to connect to slack from behind a firewall, seemingly connecting much like a normal desktop client might, from any computer, not just an externally visible server. It's a very important enterprise feature for those...

Hi, was there any more news regarding this? I seem to have received a number of up-votes on the feature request.

There hasn’t been any activity on it from our side, and I haven’t heard of any community work on it