Mattermost & Email: How do you use Mattermost?

I’m a Mattermost newbie and have pushed for a switch to Mattermost in our small journalist office. Communication-wise, this office is really 20th century, with email being the primary (well, only) communications tool for external and internal affairs. The idea is to use Mattermost’s neat features and power to replace email conversations wherever possible.

My issue is that we have a lot of email communication with externals and internal discussion is often related to emails. Of course, there’s the old copy-paste if you want to start the conversation in Mattermost, but I’m wondering if there’s a more convinient solution?

So my question is: How do you use Mattermost with regards to email? Say you have incoming mail from an external source, maybe with an attachment, and of course you want to discuss those contents in Mattermost. Is there a neat way to switch integrate email content into Mattermost? I would be very interested in how any of you handle this situation.

I have looked for webhooks for imap/pop3 integrations, but couldn’t find any. I think it would be great to have a webhook that posts incoming mails of a email account (say mattermost@yourcompany.com) to a designated channel. So, if I have an email that people should see and discuss, I could just forward it to this address and it gets posted for everyone to see and comment.

The reason why I am asking is because I have quite a few colleagues who are not very tech-savvy, even critical to using anything that they already know, so I’m not dealing with the techie dev gadget-lover who doesn’t mind using 10 platforms at once. It may sound like a niche problem, but I would argue that a more mainstream success of social web chats like Mattermost will also depend upon how technologies like email can be incorporated neatly into a new worklow that has undoubtly so much more advantages!

Any thoughts or ideas are very much appreciated! Thank you in advance and thank you for all your hard work!

last December I stood in front of a similar situation. We are a team of a handfull of developers and some supporters and technicians, Most of them are not familiar with social media or even don´t use the web on a daily basis. Writing SMS was “state of the art” for some of them - if you know what I mean.

Our internal communication relied on email and for instant messaging we used an internal XMPP Server (which was hard enough to establish 8 years ago!) as well as another horrifying instant message system which popped up as the topmost window. I really hated that!

A colleague and me were evaluating Mattermost from a very early stage as a “peer-to-peer” communication platform. We both loved it and decided to never go back to Email or Jabber, but we knew it would be hard to persuade the rest of our team. SaaS platforms like Slack were not debatable because of the missing privacy.

In early December 2015, we had a meeting with our whole crew (28 people). Our new members talked about their impressions and complained about the way we communicate with each other. They were quite confused because they didn´t know which way of communication to use in which situations. And they confirmed my opinion, that Email is quite hard to organize well and hardly usable as long time archive. Even short term archiving and tagging is hard work.

This was my chance to say: “Let us throw all this legacy stuff in the garbage can and start something new. Not someday after we talked it dead, but tomorrow!”. I had my Mattermost server up and running stable for two months yet, and just invited all our staff. The next day I buried our Jabber server and disabled our internal mailing lists.

The next two weeks were hard! Most (female) colleagues complained about missing emoticons (no joke, this was - and still is - extremely important for them). Some people had huge problems with the English user interface (I underestimated that!) and quite all of them had problems with missed notifications, which is still a problem. It also took some time to create meaningful channels and to adjust notification settings for each user. Fortunately the problem with the missing emoticon preview was (partly) solved with an update before Christmas - a wonderful gift from the Mattermost developers!

In the meantime I added some integrations (Subversion, Email2Mattermost gateway, notification of UPS deliveries, RSS feeds and some more). Some had to be developed by myself in the first days, but today, it´s really easy to send quite anything to Mattermost thanks to some great integrations like Mattersend. You can easily integrate it into any mailserver. The problem with missed notifications in the browser tab was solved with the desktop client electron-mattermost.

Most of our staff learned to love Mattermost with the days. There are only few problems we would like to be solved. Localization will arrive soon and even the Android client is on it´s way to open beta. Our internal email traffic has been reduced to a minimum - some folks still use it as an old habit, but it´s getting better day by day. So at the end I can say that using Mattermost was a great improvement for our communication and quite every colleague would sign this statement.

We are looking forward to further development with every new release, it´s getting better and better.

So I would recommend you to evaluate Mattermost with a small team. Include sceptical users from the start to learn from their needs. If everything works fine, include more users. Then, roll it out to your organization and have an ear for the people who have problems with the change-over.

I wish you great success with this awesome platform!

@it33 Use this text as success story, if you like.

Thanks @elpatron68, we love hearing these stories! Wonderful feedback!

How one team uses Mattermost: What works, what doesn't, what's improved over time: forum.mattermost.org/t/mattermost-e…
mariocup February 9, 2016, 8:13am #4

in your article you mentioned that the missed notifications have been solved by using electron-mattermost.

I am using Electron-Mattermost 1.0.3 and would like to make the notification in MacOS to be permanent in Notification Center.

I haven’t figured out how to configure Electron-Mattermost for it. Do you have any hint for me?

I created an email integration for Mattermost, please test and feel free to report any problems. 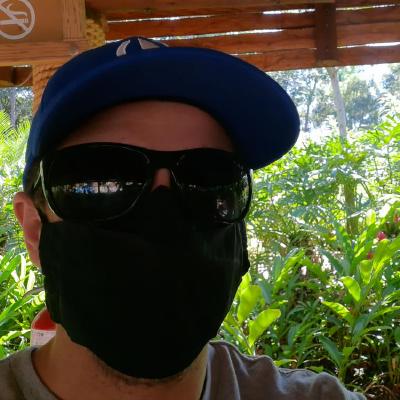 Email Integration for Mattermost. Contribute to rodcorsi/mattermail development by creating an account on GitHub.

Thanks @rodrigocorsi, wonderful work! We’d love to share it, could we have your help letting us know about it?

This form feeds into a process for sharing more info about your work with the community via links on the site, Twitter, and email updates.

Great stuff @rodrigocorsi, this is exactly what I was looking for! Perfect!

Hi @mariocup,
we´re using electron-mattermost on Windows, tray notifications appear only for a couple ofseconds, but the red badge is okay for us. If you´re having trouble on iOS, i would open an issue at the electron-mattermost Github project.
Best regards, Markus